What does wel mean? 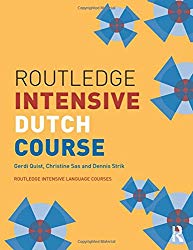 You may have encountered the word wel in some Dutch sentences, and its meaning might be confusing to you. Fortunately, it's easily explained with a few examples.

The word wel has multiple meanings:

This is the most interesting meaning of the word: the opposite of niet ("not"). Consider this example:

Here, wel functions as positive affirmation and emphasis. There is no direct English equivalent; in English, we merely put emphasis on the auxiliary verb to do to achieve the same effect. Wel is the opposite of niet.

Jouw schuld niet, maar wel jammer. ("It's not your fault, but it is a shame.")

Once again, wel is functioning as positive emphasis; contrast it with the earlier use of niet ("not") in this sentence. In the translated English example, we would merely emphasise the "is" by stressing it in our speech, or italicising it in our writing.

As you can see, wel is once again providing positive emphasis in these two examples.

No less than / As many as

In this usage, wel expresses shock and amazement. Example:

Used in this way, wel can be variously translated as "as many as", "as much as", "no less than", "no fewer than", and so on. This usage is less frequent than the first meaning (opposite of niet) but is still commonly used.

Dit is wel typerend voor mij. ("This is fairly typical for me.")

Here, wel is synonymous with vrij, though perhaps slightly less emphatic. For example, the above sentence could also be rendered as:

Compared to vrij, most people consider wel to carry less emphasis, to the extent that some translators drop "fairly" from the English translations of Dutch sentences using wel.

This usage is considered dated or archaic, although it is still used in certain regional dialects and is found more often in Belgium than in the Netherlands.

Wat God doet, dat is wel gedaan. ("What God does, that is well done.")