What's the difference between want and omdat?

(Looking for a quick, grammatical summary? Read the summary below!)

There are two words for "because" in Dutch: want and omdat.

When should you use want and when should you use omdat, you might ask? This is a very common question amongst new learners of Dutch, because the distinction is not immediately obvious. So allow us to explain, in simple terms, the tricky difference between these two words.

Before we delve into the true distinction between the two, a quick note regarding word order: as in English, both versions of "because" are used to connect two clauses (part of a sentence containing a verb). Have a look at the difference between the two sentences below. 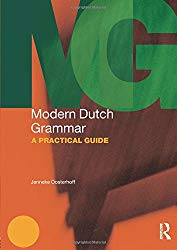 ("I am going to sleep because I am very tired.")

You'll note that the word order is not the same in these two sentences. With omdat, an inversion takes place, altering the word order to Subject-Object-Verb. With want, it remains the usual Subject-Verb-Object. This change always take place — try to memorise some simple sentences to develop a feel for this.

The word want is a coordinating conjunction. It's used when providing a subjective justification for an action; to give a rationale for what you've just said. Consider the following example:

("I have eaten a lot, because I was very hungry.")

In this example, the speaker is giving his personal and subjective justification for having eaten lots of food: he or she was hungry, and therefore decided to eat to satiate their appetite. Therefore, they're using want to explain their behaviour.

Omdat is a subordinating conjunction and, conversely, is used when providing an objective explanation for an action; when providing a reason/cause for the action or state of affairs you've just described. Let's look at another example:

("The man smiled because he was happy.")

Here, an objective explanation is being provided. We're being given the actual objective cause for his smiling: he's happy! Because this sentence is using "because" to share the objective reason for the man's smiling, we use omdat.

To get a better understanding of the subtle difference, let's look through some more examples.

("It is going to rain, because the sky is really dark.")

At first glance, you might ask yourself why this sentence uses want. This sentence doesn't appear to be "subjective" — after all, a dark sky is objectively likely to herald rain, right?

Want is used here because the speaker is justifying what he's just said; although rain indeed tends to follow a dark sky, the speaker isn't giving us a cause, and thus must use want here.

In this example, both words can be used. Note, however, that the choice of word causes the meaning of each sentence to be subtly different. In the first sentence, the speaker is telling us why they said they've put the jumper on, with want. In the second sentence, the speaker is using omdat to give us the cause for their decision to switch the heater on: the cold weather.

Hopefully, you now have some level of appreciation of the difference between the two words. However, keep in mind that want and omdat are very often interchangeable — when constructing a sentence, your choice of word is liable to subtly alter the meaning of the sentence.

You may find that some speakers of Dutch are themselves unable to explain this distinction to you. This doesn't mean they're bad at Dutch! They will naturally be able to deploy both varieties in speech and writing, honouring the distinction between the two, even if they aren't able to explain it precisely. Consider how, as English speakers, the vast majority of us aren't able to explain adjective order to others, and yet we make use of it every day, with most of us not even knowing of its existence (opinion, size, age or shape, colour, origin, material, purpose — The beautiful woman's big old round red German wooden passenger car).

As always, practice makes perfect. Try to find some simple Dutch sentences, and observe the usage of both words. Perhaps construct your own simple sentences, using both forms, and ask a Dutch friend (or online community) to review them for you.